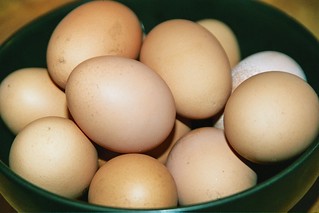 Disciples – During his ministry Jesus had many disciples. From those he chose his Apostles, those whom he sent.

Ordained – After a night of prayer Jesus set aside twelve. In Luke’s Gospel we see the Sermon on the Mount as an ordination sermon.
Zoography – Study the apostles. You find they were with Jesus from his baptism to his resurrection and ascension. They were qualified eye witnesses. Can any who claim to be apostles today offer these credentials? I think not. They are apostles, but they represent the ecclesiastical body that sends them.

Empowered – A student in Bible study resisted this teaching. The apostles had authority unlike the disciples of their times. They were empowered to lay hands upon the sick, to heal to cast out demons.

Exemplary story: A family member presented me with a dozen eggs. The eggs were given by a church lady to another family member. I was the final recipient of the gift. When I opened the carton of eggs I found white, brown, and blue eggs. Yes, some hens do lay blue eggs. When I cracked the eggs, I found they each had a white and yoke. Though the disciples differed one from another they were each a son of Adam and they each had a message for the children of God.